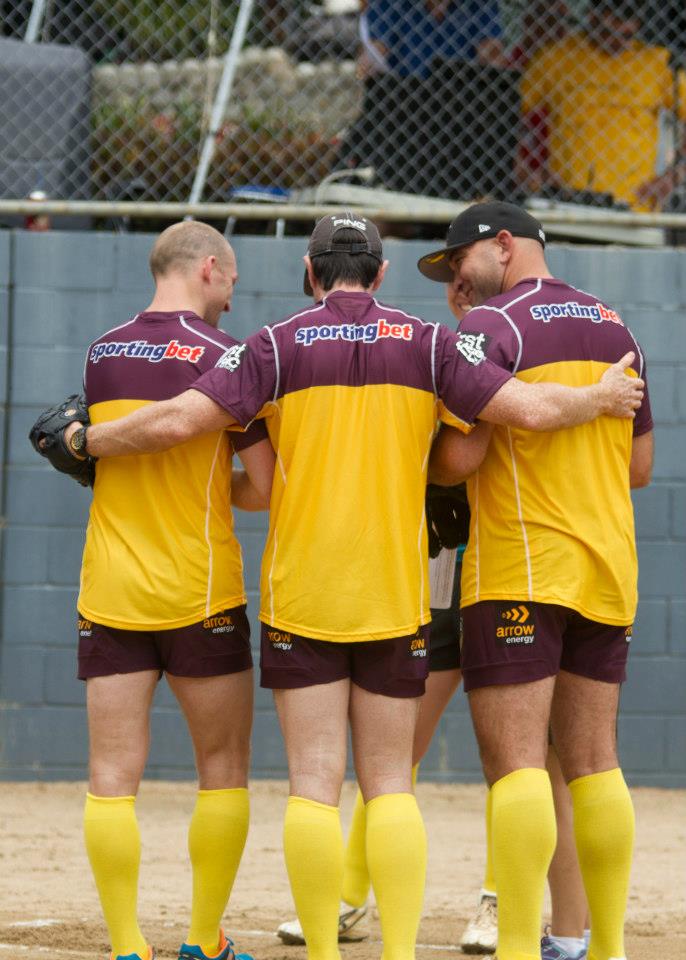 Broncos Insider have a TV show dedicated to the Broncos Football Club/Team and we featured on it!  This link is for our 2015 game but it shows some highlights from 2013.

Well what a day! Rains played havoc again keeping our numbers down but the ones who braved the weather were certainly treated to a fantastic spectacle.

It seemed as though it was going to the same plan as previous years – meaning a draw, until Kelly McKellar-Nathan delivered a nice ‘sit up there to be smashed’ slowpitch pitch to Ikie who launched it over the fence to give the Broncos a 14-11 win. Again the girls were too kind – I even tried to pump them up before the game to show the boys how to really play softball. Even though we were at the softball grounds, it would appear the Broncos universal popularity had them as favourites and the favourites won, to everybody’s delight.[singlepic id=1107 w=320 h=240 float=]

I had Ikie as my MVP and the most fun to watch, he certainly put on a show for us and Locky showed his skills by snatching a line drive catch at 3rd base (with is bare hand). Alf, Locky, Ben and Gordo all had a pitch and the worlds best softballer, Stacey Porter, even tried her hand at pitching (she shouldn’t have – the men scored about 6 runs off her (we still love you Porter))

A great day, with all the wonderful raffle prizes being claimed by the lucky winners.

To Carol McKellar, Redsox and Saints softball club, thank you for your kind donations!

It is always a bit nerve wracking when you pull together your first ever sportsman’s dinner and there were times ...

Play for a Cure’s Pink Night Out

On Saturday 14th August 2010 Leigh and I travelled out to the Central Queensland Town of Biloela to attend a ...